A bunch of these links are dead and I havent had time to reupload everything in some google drive file. Ive been busy with work, making music (Not emo or any of that rock shit hahaha) and watching a bunch of Jackie chan DVDs with my girlfriend while working on a bunch of new tracks on my DJ. I do have all this stuff in a drive.

Jackie Chan can act, do his own stunts and sing!! He is the man!
I have to buy a new laptop and get to work with all of that in the near future (meaning sometime this year) Ill even get on some of the stuff I never got to post here. I honestly didnt think people would even bother keeping track of the dead links. Im glad people are into that screaming shit as some people politely would say it to me. Though I hope I have some updated links by summer. I wont be updating the youtube channel for a long while. Im currently putting more of my time on making some Japanese sampled house influenced type of form of music on a youtube channel.
Anyways this is as much of a update there is for now, rumble in the bronx is the shit!
Posted by Angryemonerd at 1:17 AM No comments:

Recently I stumbled upon more obscure records and stuff. I don't have social media anymore and I have zero contact with just about everything and everyone else. I've pretty much been a ghost since. There's a lot of stuff I never got to post and there's now even more shit I have that I think would be a real bummer not to spread around the internet. There's a lot of good music that is never archived in the internet still. I thought by now there would have been more blogs checking the 11k emo records from the 90s listed on discord. Might post these as YouTube's rather than here so check up on my channel as well. I'll keep anyone who still views this this though. P.S I want to listen to all those fucking Join'r albums
Posted by Angryemonerd at 2:08 PM 12 comments:

Drowning with our anchors

Well shit I am back with a fresh start. After being absent I figured a way to post stuff on here still. So I basically will start taking my laptop to my office. From now on I will start doing that on here. I also want to add that I probably won't use mediafire for a while. My works wi fi doesn't allow me so I will use google drive instead. Drowning with our anchors was one of those screamo bands that have very long songs. Not to worry they are not all about those slow post rock bullshit breakdowns. If anything it reminds me a little of Funeral diner. They were a band from the poop city of San Francisco. The band lasted from 2007-2010 if i am not mistaking releasing very little material, a 3 song demo called Dark funeral in a gloomy file, a 7" single, a split 7" with a band from Mexico called Maladie and finally the closest full length release called You can never go home (Basically has 2 re-recorded songs from the 3 song demo). I dig the LP even thought for a 4 song LP its a little ridiculous to be a long play but then again Behind closed doors made a 2 song LP years ago. Breathing lessons 7" is basically one song split into 2 sides. Side A has the actual song while side B just has the whole long outro ending to the song. A little fucking weird and uneccessary to flip the 7" to side B but that is just me. It was recorded sometime in February '08 a few months later in the fall of that same year the band recorded the 4 song LP. Fuck man I don't have much else to say considering I am a little fried at the moment. The band wasn't a complete miss. I remember there was a few mentions when the LP was out but at the time there weren't mp3's or bandcamp stuff so I never bothered until 3 years ago I decided to buy a extremely cheap copy from BEAR records along with a cheap copy of Breathing lessons on discogs. The only record I am missing is the split but I am not all that crazy about hunting that one down. Good band with a short discography and long songs. I have no idea what these guys went on to afterwards also considering the band is from the US they had help from a label out in Europe (Same label that put out that Chino Horde discography 2xLP) I would have assumed the LP on DWOA would have been a US release, explains why it was a miss for me to get for so long. You will have some luck on discogs or some distro label.

Dark funeral in a gloomy file [In rain] 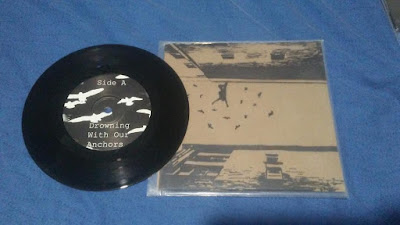 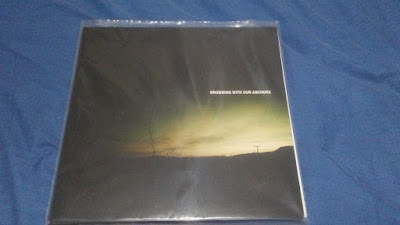 Posted by Angryemonerd at 8:57 AM 3 comments:

Email ThisBlogThis!Share to TwitterShare to FacebookShare to Pinterest
Labels: Drowning with our anchors

Hiatus in the next 2-3 weeks

Got a lot to catch up on and I also got a lot of life to catch up. I won't be posting for a while until either late July or early August. It clearly doesn't mean I have ran out of shit. I still have a bunch of shit to post. In the meanwhile check all the bands I have uploaded as well as the other blogs I listed. David's blog Open mind is crushing it with modern bands I can't relate to anymore but I know a lot of you want to look for new bands his blog is the best for that. You can check homeboys This endless breath, there are like 3 new posts there recently from some obscure ass fuck bands I didn't even know about. Those 2 let alone are amazing. I keep getting a bunch of spam emails from DIY bandcamp labels. If you are reading this, I do not take requests (for the 100th time)

One listen=One person losing their virginity (Inside joke)

A very short lived Indie/Emo band that didn't even have a final show, they simply disappeared in the way the band Her way did. The band put out 2 7"s in '96 one being a self titled and the other one as "2" the band sounds like a mixture of Goodbye, blue Monday/Anklebiter/Probably something Crank! A record company would release. Seems like something that could have been under one release instead like a 10" or all 4 songs on a 7". To be honest because both records are very identical it would have been more logical to do that. Some of the members went on to play in some other garage, psychedelic, power pop bands which I honestly didn't bother checking out. Rocketscience had something good going on. Shame it ended too soon. 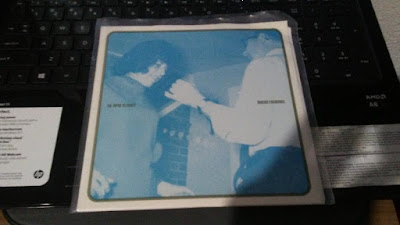 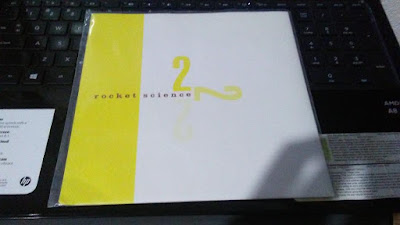 Email ThisBlogThis!Share to TwitterShare to FacebookShare to Pinterest
Labels: Rocketscience

From 1995-1996 this band was active in Chicago, they had released a self titled 3 song 7" accompanied with song on a compilation 7" called Emo Schmeemo all under the same label called Liberty park recordings. In 1996 the band released 3 songs on separate compilations one being part of Polyvinyl's compilation "Direction" One of the other compilations were part of the Ground rule double that had well known bands like Braid, The Promise ring, Mineral but also had actual good bands like Cinco de gatos, Orwell, Scout, The trigger Quintet, C-Clamp, Back of Dave, Shellac, Hubcap, etc. They were also part of the Oh do I love you 2xCD compilation. I feel like their discography being short it is hard to judge what was their best stuff since 7 songs came around. Gila Bend kinda reminds me of One hundred words for snow and Goodbye blue monday so if you like those 2 this one is a must.

The debut of Nolan's newest project is here. Consists of 4 new songs (one being a re-recorded song from the HEAL records compilation) and as you know the money goes to a donation to animal sanctuaries. I'm not leaving any sort of download for this mainly for that reason but if you have been a fan of Iwontstopwonderinguntilyoustopbreathing, Flowers in gun barrels, Celestial being, XttadX, etc this is one to add to your collection. THe cassette is also being released as a 7" sometime June or July, be in the lookout for that!

Web of liberation EP
Posted by Angryemonerd at 2:23 PM 1 comment:

Email ThisBlogThis!Share to TwitterShare to FacebookShare to Pinterest
Labels: Bring our demise

This band from Wisconsin I believe started playing in '97 this band is a rather softer "emo pop" which I found quite interesting. The first 2 7"s the band put out were not just the only thing they put on vinyl but they sound better than the bands first and only full length CD and final EP CD that were later released in '99 and '00. If you like Inside, The promise ring (early stuff) or shit like that in general you will like this one. I noticed that the band did not sticked to one label. All 4 releases were released in 4 different labels. The bands charm comes from their first 4 songs. The full length has some good songs but it's mostly forgotten especially for the bands final EP which just didn't stick out and did not draw any catch. I'll have to hear them again eventually.
How far?/New car 7"

You can only grow so much
Four from fortieth EP

Email ThisBlogThis!Share to TwitterShare to FacebookShare to Pinterest
Labels: Notaword

Another short lived band from Ohio that were part of the same label that Portrait's 10" and Blandine Cosima's 7" were released under (Sanguine Records) I have no fucking clue what happened to this band but it seems like this was their only vinyl and possibly only release. They have a punk vibe version of Portrait basically, the 7" is pact with 6 songs. It's good shit though. It comes with one photocopied insert that is readable and not in that stupid handwritten cursive font like The pine or some other bands from here. I just hate to see a forgotten band like this one being hidden.

Church of astronauts, another cool obscure band from the mid 90's from Louisville. After stumbling upon this record and looking at the insert the band released a discography cassette so perhaps they released more than a this 4 song 7" I have here. The band sounds a little like Guyver-one. I don't know how long these guys lasted but it is possibly within a 2 year lifespan. The sleeves in some of the records look different than the one I have. I digged the shit out of this record is all I can say.

Other links to my youtube page and other rad blogspots

This was once a blogspot based on my record collection of obscure emo stuff from the 90s and what was during my times. This blogspot is no longer updating stuff but every link should be running as long as MediaFire doesn't get booted off the internet or something. Feel free to download some of my personal records I got